The National Maritime Museum completed a major redevelopment project at the end of September 2018.

The project increased the museum by 40% and created 4 new galleries.  As part of that project new signage was required for the new galleries and for wayfinding around the new space.

The signage designs were created by CCD Design and following a competitive tender, Wood & Wood signs were appointed.

The sign family consisted of wall mounted and suspended directional signs, threshold signs, interpretation signs along with door signs, lift signs and super graphics.  The signs were constructed from laser cut aluminium with patterns cut into them.  Front panels were hinged with locks and individual wayfinding panels with laminated prints were attached each sign.  These panels were designed in such a way so that they could be interchangeable.

The result was a sign family that complemented the new areas and galleries and were completely in keeping with the building. 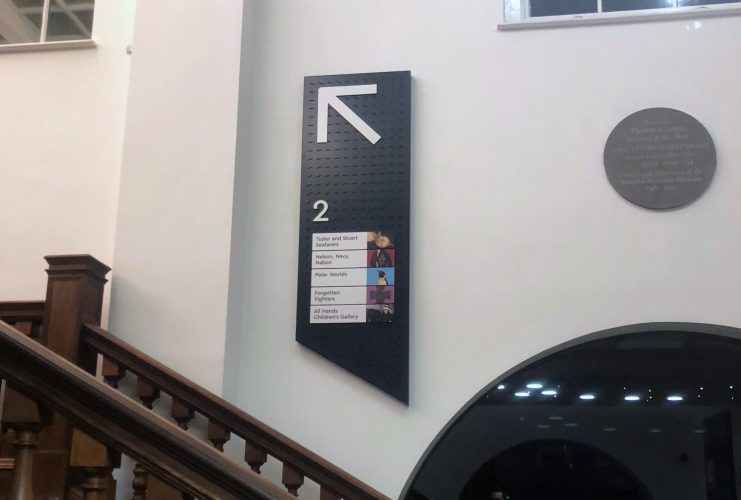 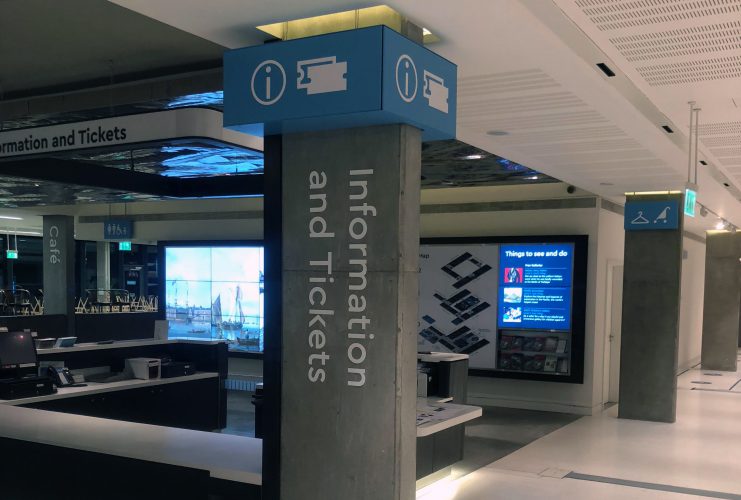 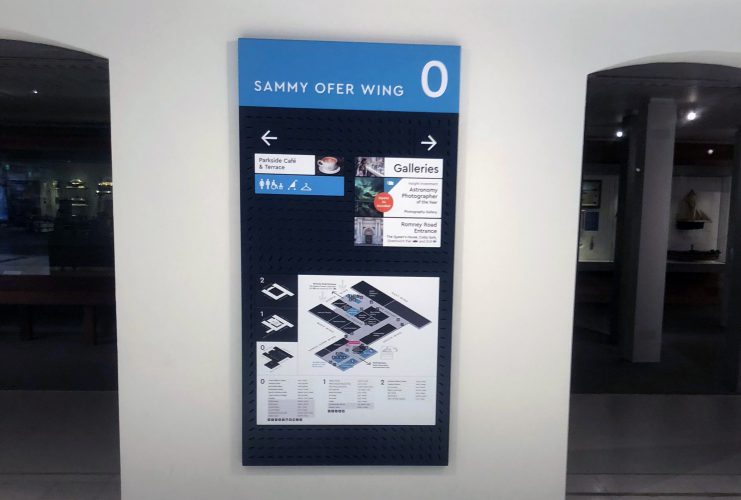 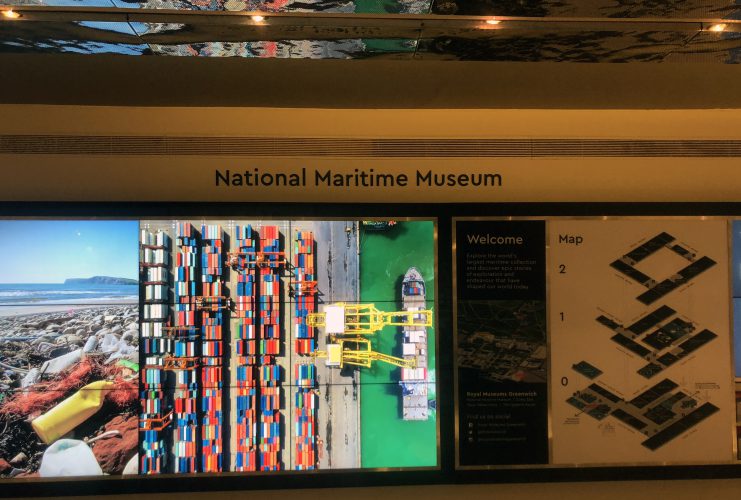 Previous
Crossrail
Next Hackney Wick Station
Back to Case Studies